Ames Construction was awarded the construction contract for the dam expansion on this earthen lake dam located in central North Dakota. The project included a grade raise and was constructed to help prevent flooding on the reservation land, out over the Cheyenne River and further downstream to the Red River, contributing to frequent floods in Fargo, North Dakota, Grand Forks, Minnesota and on into Canada.

Ames crews built about eight miles of intermittent dam structures with roads along the south part of Devils Lake. Crews used temporary sheet piling to hold back the water and stabilize the excavation at the excavation sites. As Ames crews constructed a dam, they drove in the sheeting and excavated the waste material. Crews removed the muck and replaced it with clay obtained from local sources, such as government land and farmland. When the cleanout was completed, crews built the dam to the plan's elevation. More than 283,000 tons of riprap, bedding stone and filter stone was used in addition to aggregate. With the project designed for flood control, sand was added to protect the integrity of the dam and provide drainage. About five miles of piping, including perforated PVC underground piping, was incorporated with the sand drain. When construction of the embankment was complete, roads were constructed on top of the dams. In a follow-up contract, Ames performed the grading site prep for the pump station and pipeline projects.

About 250 Ames Construction employees, subcontractors, and truck drivers were on site. The contract required the use of 75 percent Native American labor with Ames hiring as much qualified help as possible from the reservation, other Native American labor, and minorities for the reservation project. In addition, every subcontractor and on-site worker was required to be approved by the tribe and issued a license to work. 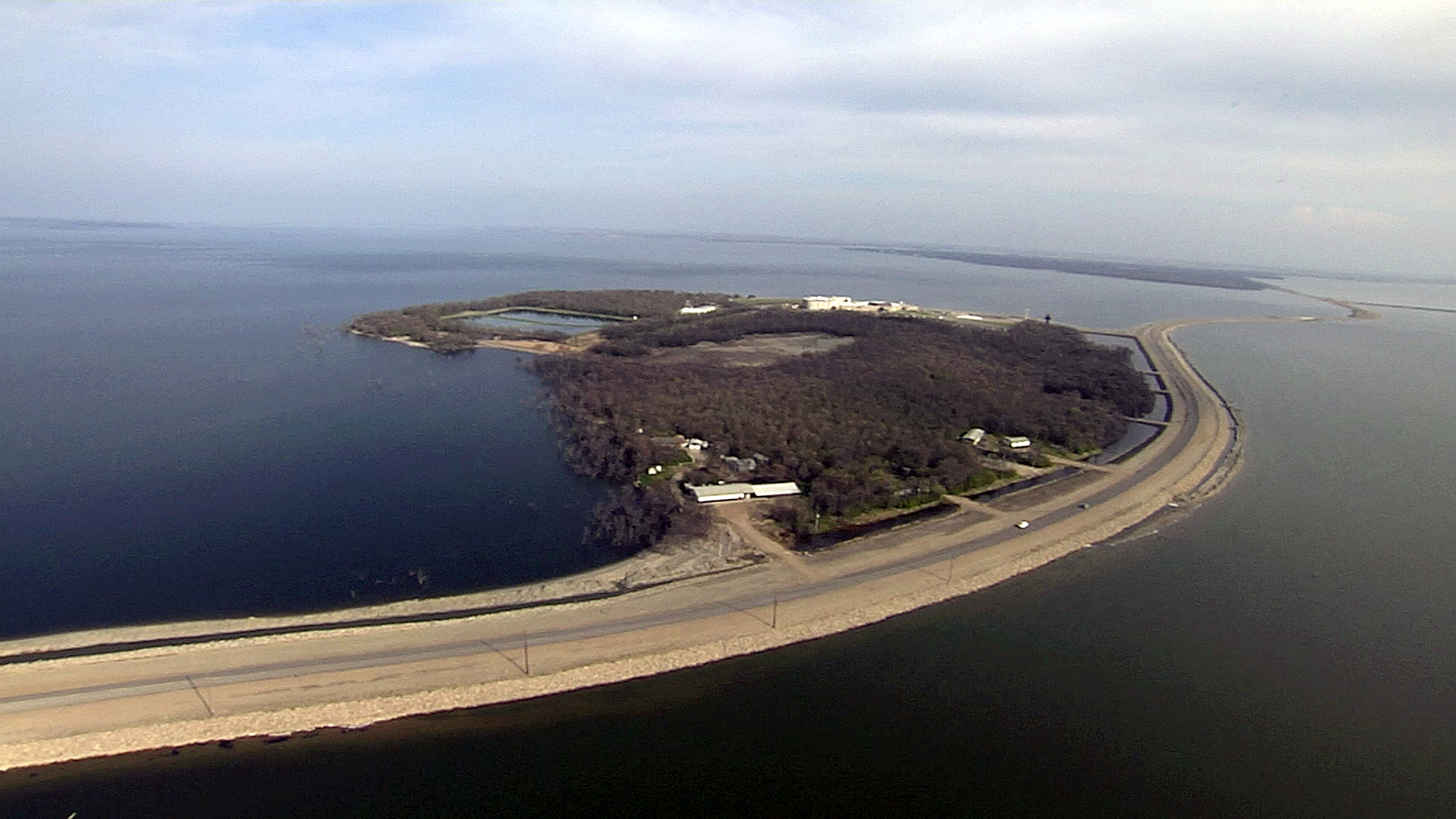 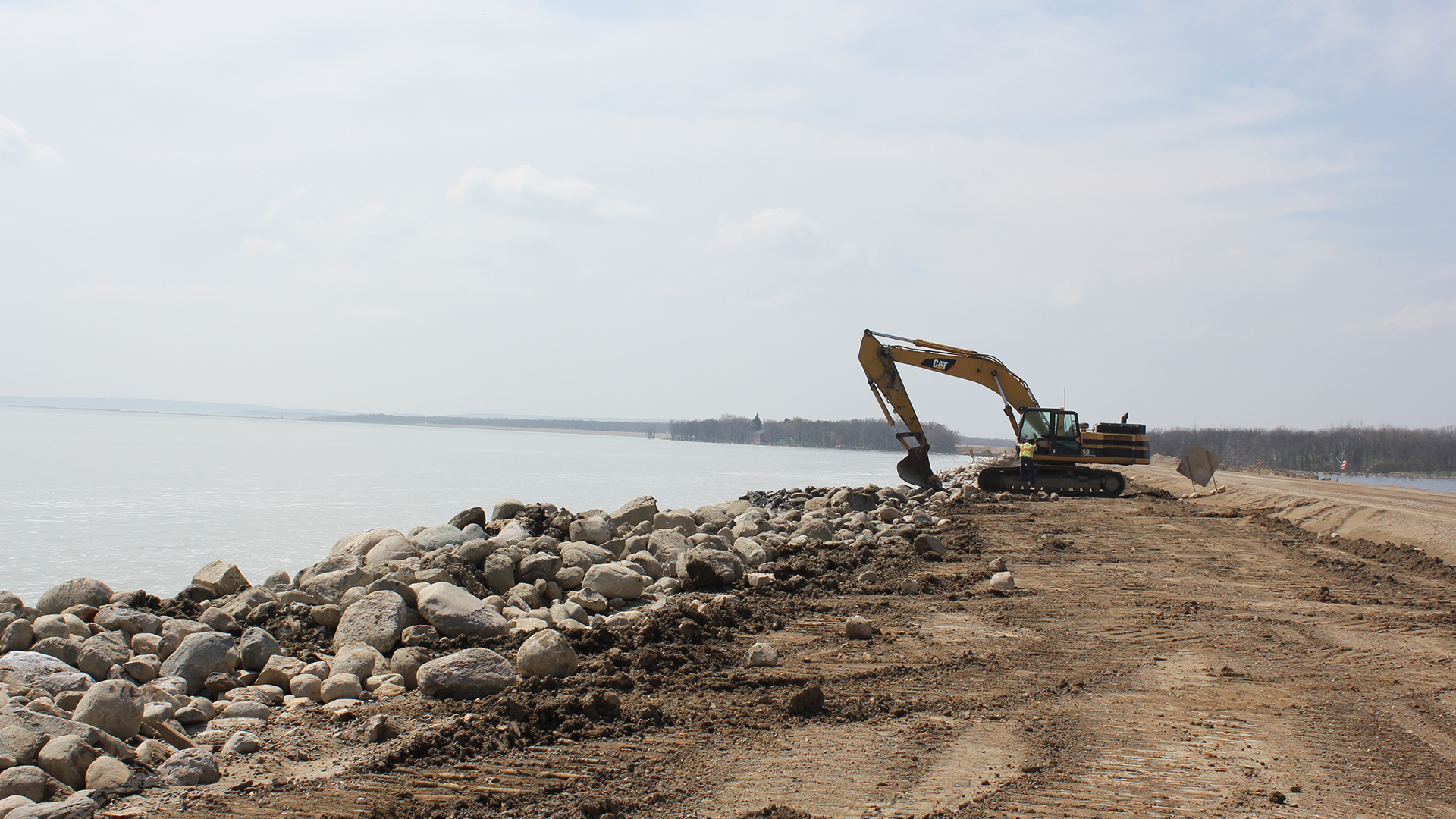 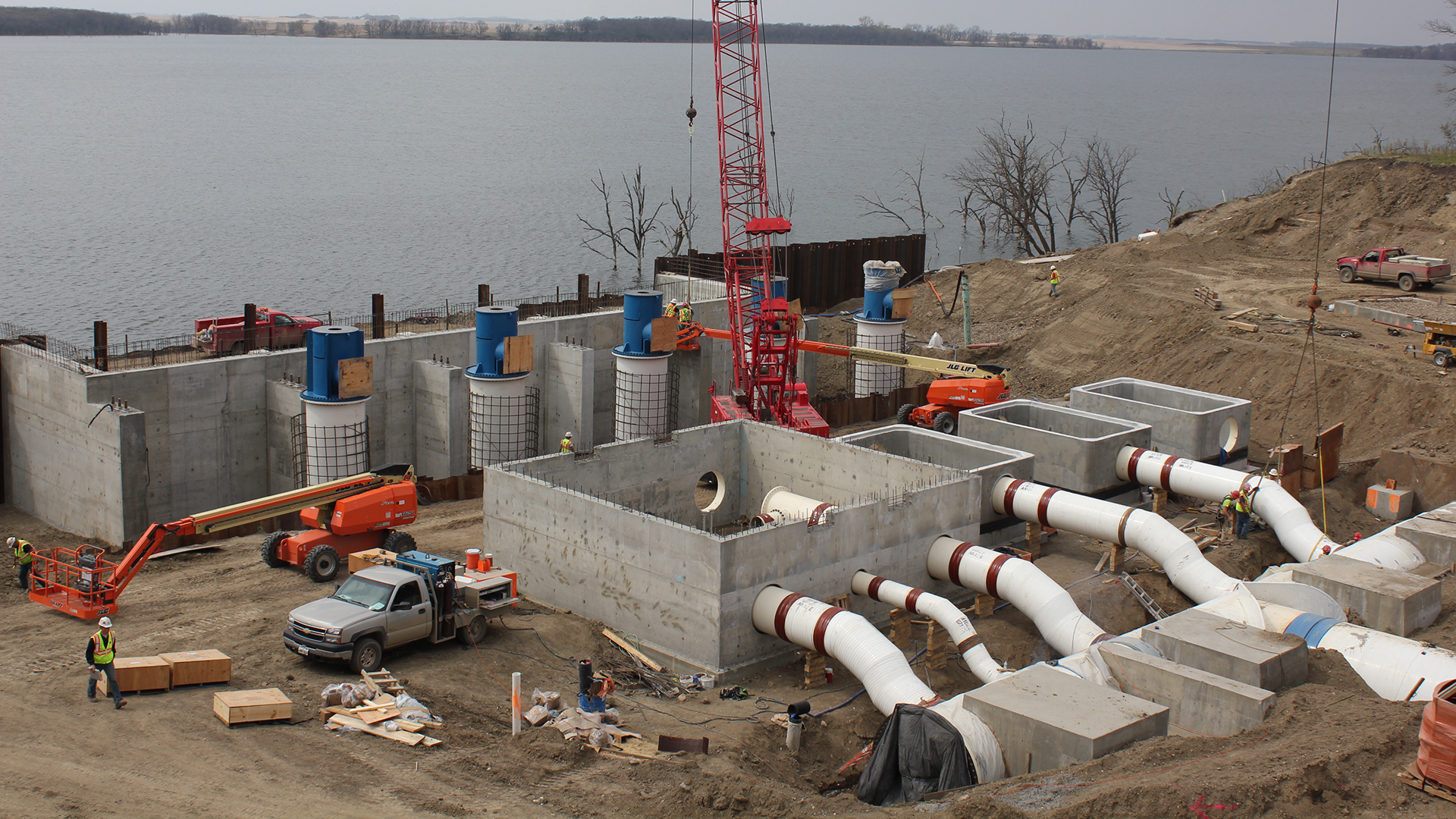 OTHER DAM AND RESERVOIR PROJECTS