Ames Construction completed a fast-tracked design-build for 18 miles of new four-lane highway along the USA Parkway State Route 439. Known locally as "Infinity Highway," the project wrapped up three months earlier than the original schedule. The new road is projected to reduce travel times by as much as 38% for those traveling between U.S. 50 and I-80, will further link the greater Reno/Sparks area with the U.S. 50 corridor, and help support regional economic development.

The project began in the summer of 2016. Along with significant environmental challenges, multiple major commercial construction projects were already underway within the TRI Center located at the north end of the project. Ames used tools within the design-build process to address issues as they arose, such as traffic delays during work shift changes and future development needs of key stakeholders. Throughout 2017, Ames crews completed production of a half million tons of aggregate base for the project, more than a half million square yards of pavement, and installed 91 miles of fiber optic conduit through mountainous terrain--a length equivalent to scaling Mount Everest 16 and a half times.

In addition to constructing the new SR 439, the project included installation of three unique steel sculptures located along the corridor, construction of two box culverts for wildlife crossings, a new roundabout intersection with U.S. 50, Intelligent Transportation Systems with cameras and traffic detection, and landscaping and aesthetics.

When the USA Parkway opened to the public in September of 2017—three months earlier than originally scheduled—the ribbon-cutting ceremony sidestepped tradition. Three Tesla vehicles drove through a banner held by local and state officials before making a slow lap around the ceremony site to commemorate the completion of the 14-month long project. The new roadway now serves as a major supply chain corridor for the Tesla Gigafactory 1, located at the Tahoe-Reno Industrial Center (TRI) in Storey County, Nevada. 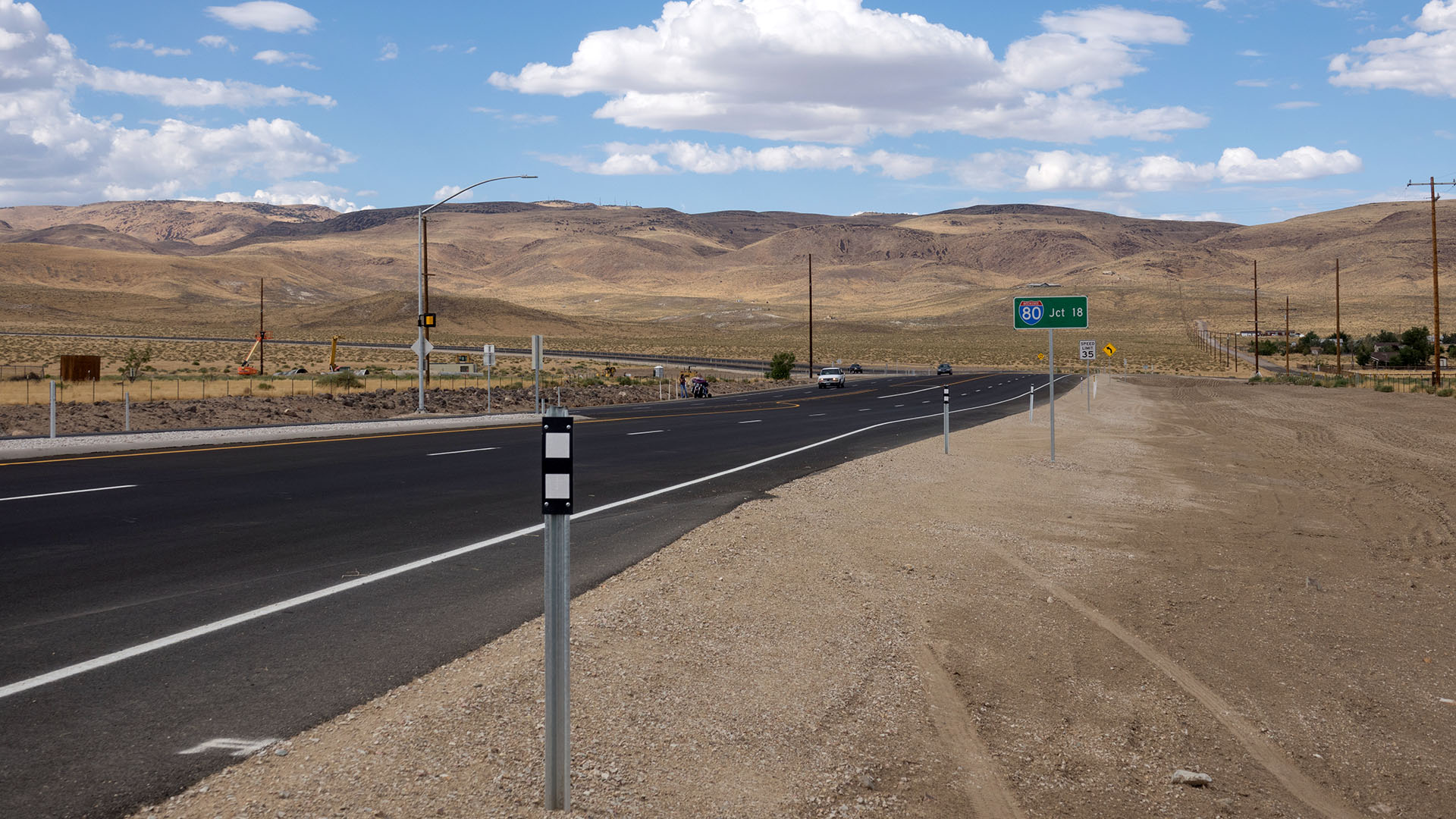 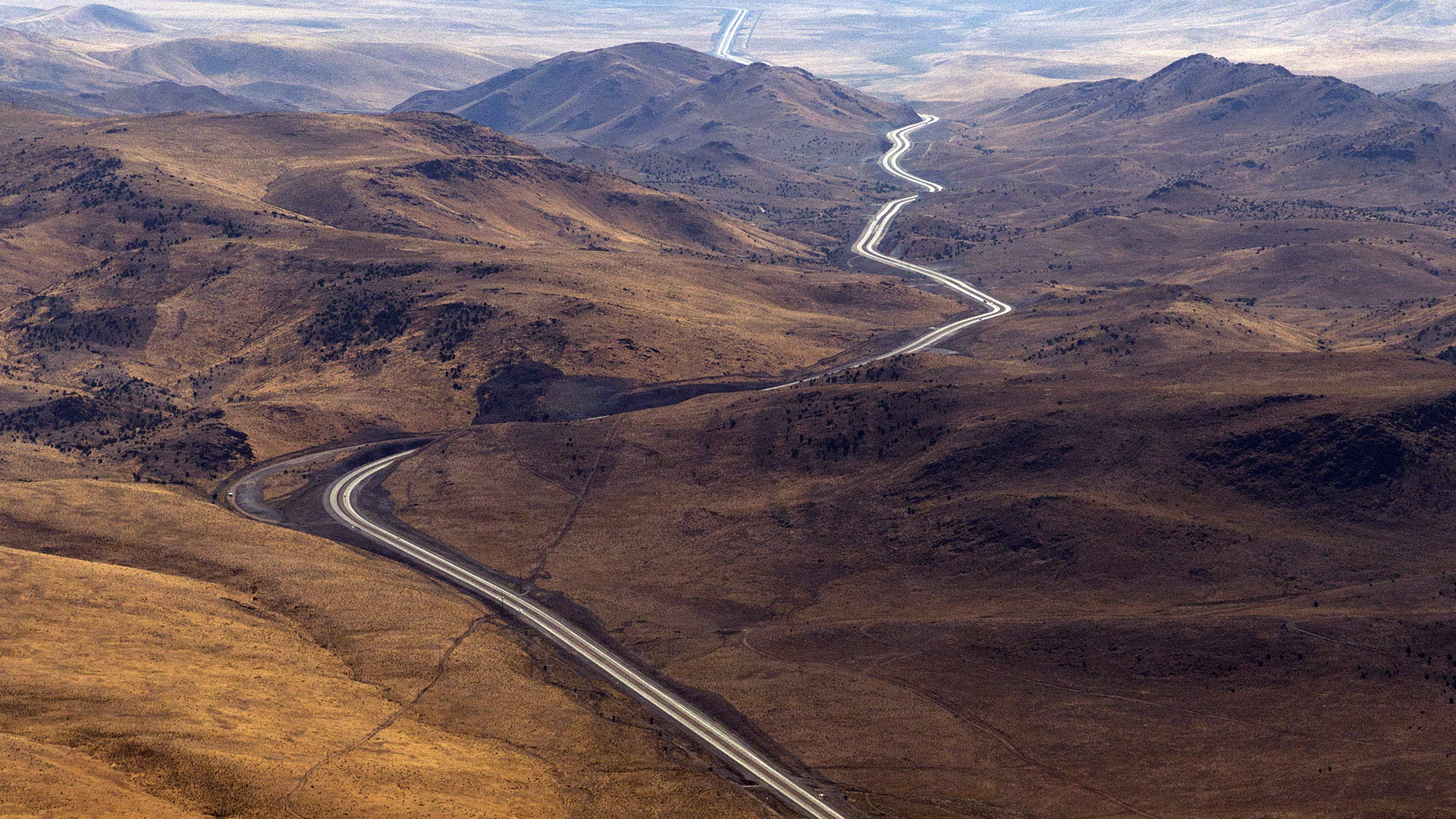 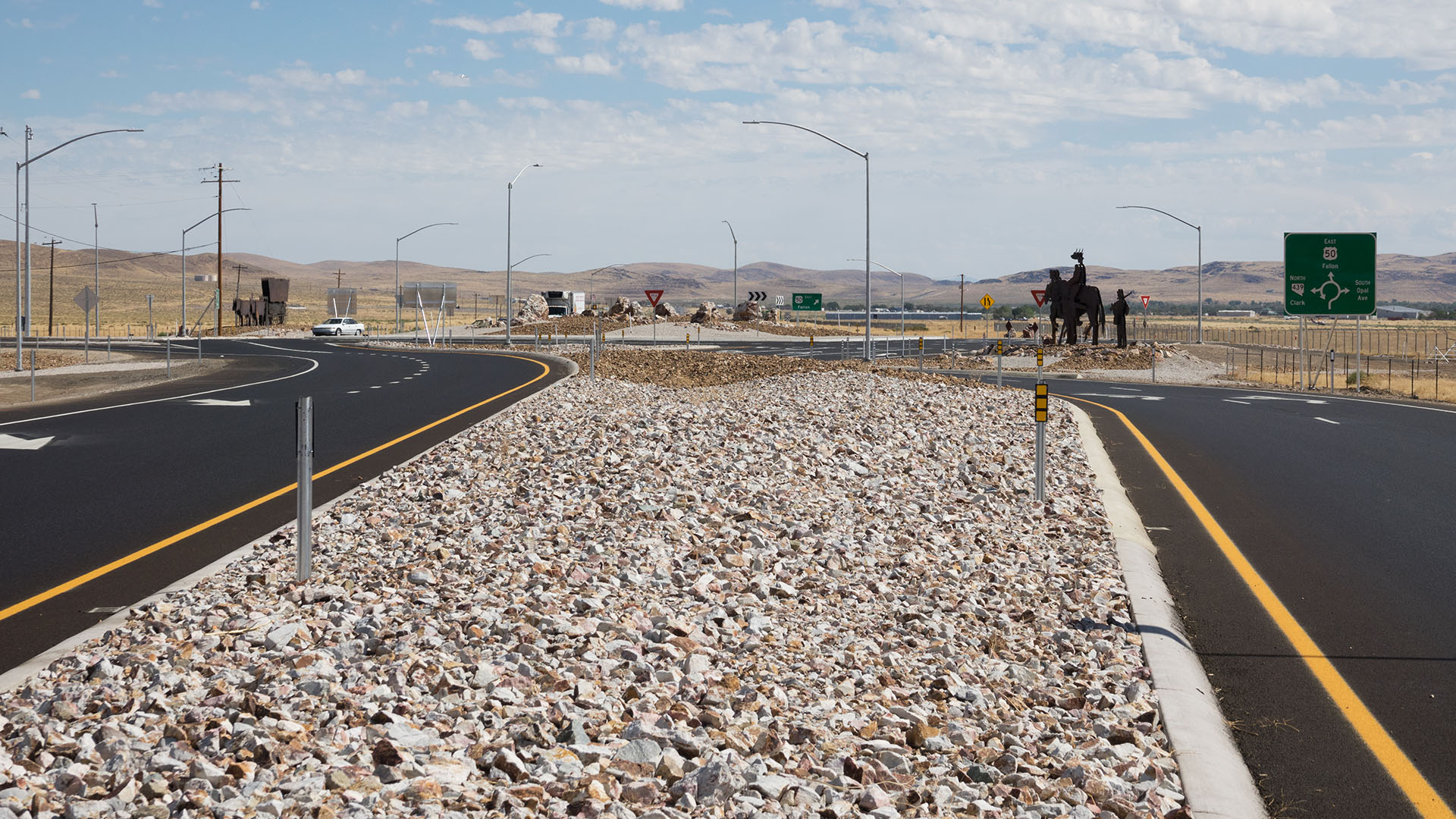