Cutting through the largest saltwater lake in the Western Hemisphere—the Great Salt Lake—the 20-mile rock-filled causeway just got a facelift. Ames Construction crews built a new 180-foot-long, six-span precast box girder bridge that would reestablish the bi-directional water flow between the two arms of the lake.

When originally constructed in 1959, two culverts were built through the causeway to allow bi-directional water flow and boat traffic between the North and South arms of the lake. However, by 2011, the causeway had sunk more than 15 feet, rendering the culverts ineffective.

While drilling steel casings into the causeway, crews encountered large amounts of metal and wood along the north side from railcars that had been buried during a major flood event in the 1980s to prevent the causeway from washing away. Ames crews drilled through the railcars to finish the pile driving operations, followed by excavation under the bridge to demolish and remove the boxcars.

The final breach of the causeway occurred in early December 2016 to reunite the two sides of the lake. 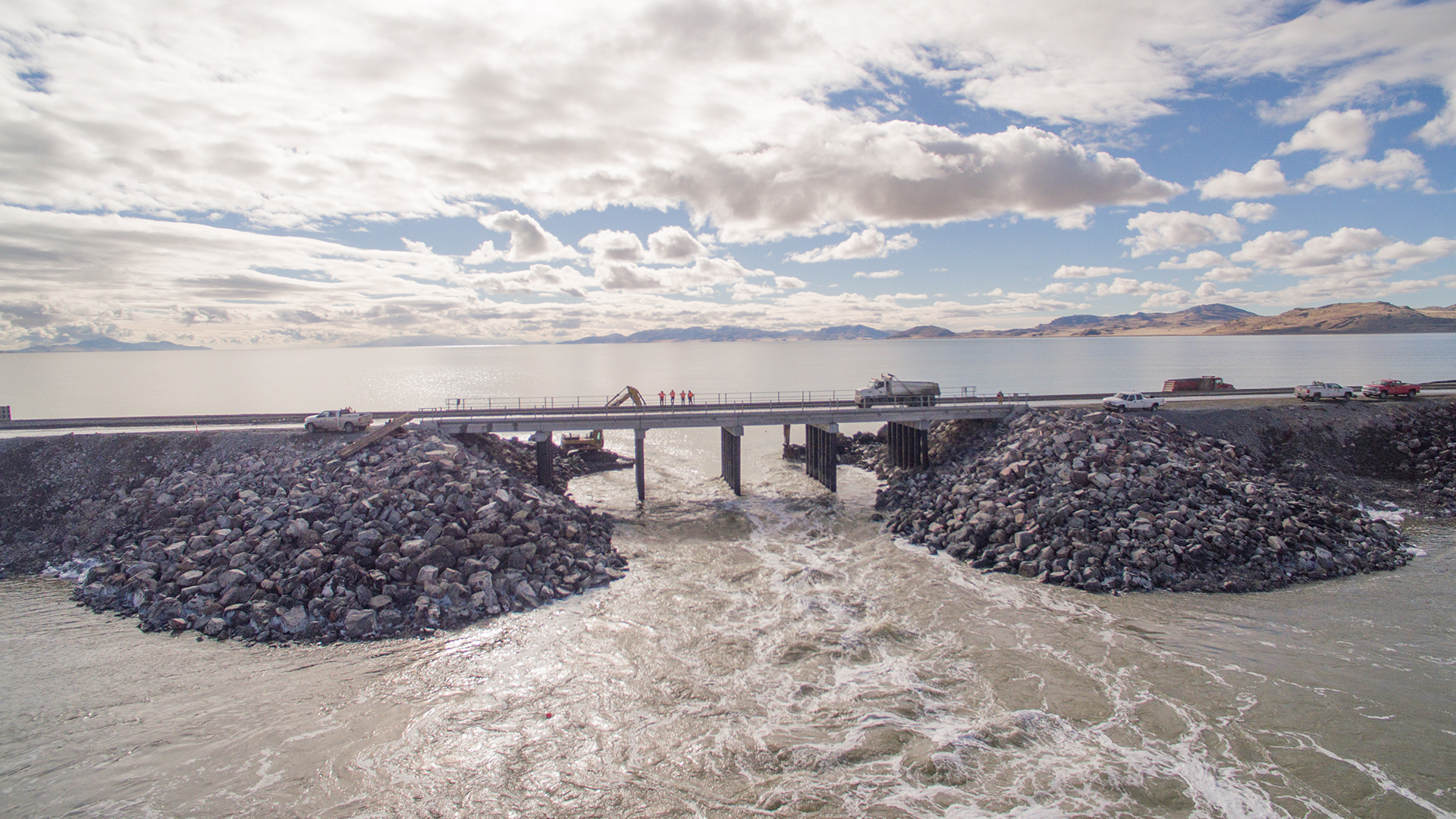 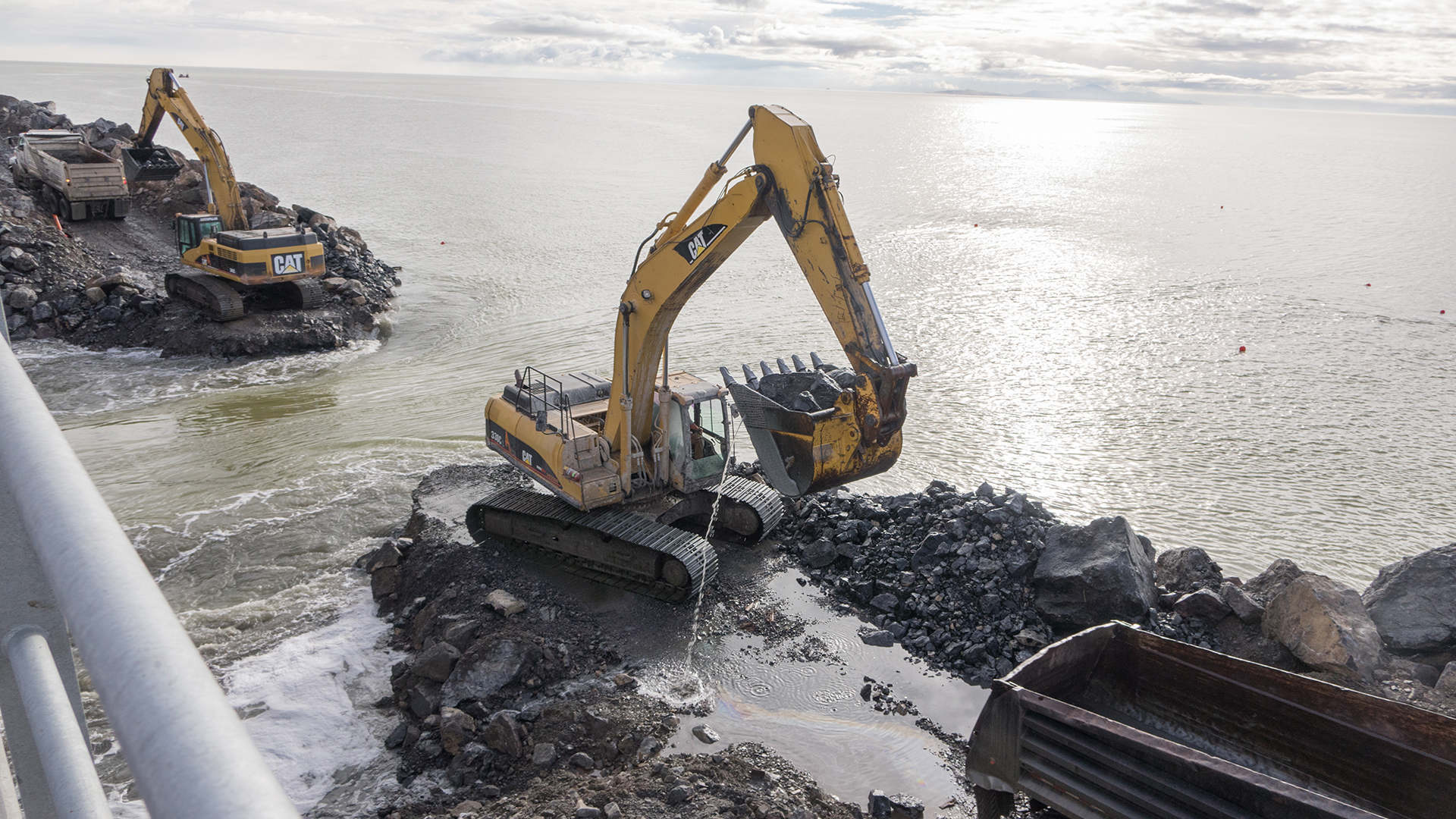 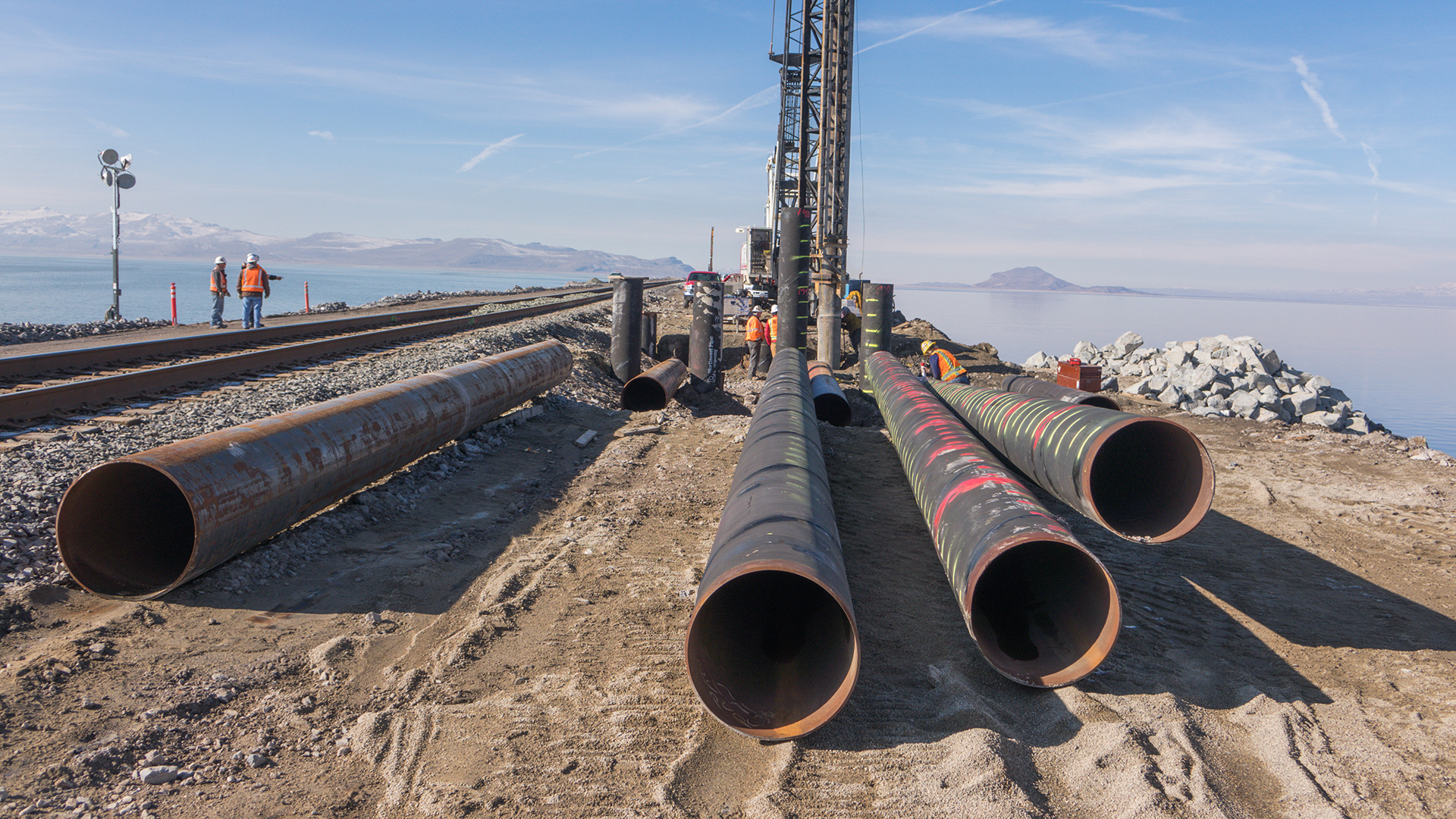